the future of Reputation Management
Reputation is a new currency 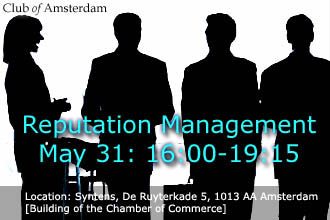 ppt by Mirko Creyghton and “Cures for the Company Blues”

Mirko Creyghton, Market Leader, Burson-Marsteller Netherlands
Is reputation manageable?
While there is a search for transparency and corporate governance, management is at the same time afraid not being in control of the picture what is being displayed. Their reputation – and moreover that of the company – is at stake. Despite all rules, regulations, audits and PR efforts. Of course they want to protect their brands and reputation in front of all stakeholders, but trying to control everything (in fact trying to control reality) is a game they can not win. So here’s the(ir) big question: is reputation manageable?

Sure it is, but it doesn’t come cheap. A lot of different ‘instruments’ within the company have to be directed. But not in the traditional way, not by strict guidelines and endless control. Directing means setting the landscape, setting targets and give a clear view on the road ahead. Not only for internal stakeholders, but for external stakeholders as well.

So far, so good. But how to do it? I will show some ways (there’s not only one way) how to orchestrate and prepare the instruments and the players. Key words are: inspiration, trust & delegation, complementarities, understanding dictionaries, output steering, preparedness and of course communication.

What does the future of reputation management look like? Well, come and find out!

While it is a widespread belief that reputation building is all about having a good CSR programme in place, as well as an effective PR department, recent cases have shown that reputations only seem to develop significantly in a positive direction when a company is able to create a clear promise, communicate it highly visible and stick to it. Recent research shows that the IT industry has a reputational problem. The reason: it did not fulfil its promise. IKEA has a very strong reputation – because its promise is clear, straightforward, continuously communicated AND fulfilled. TomTom’s reputation is improving at light speed – the company keeps delivering on what it said it would do. These and other cases show that reputation management is not only the communicator’s toy – it is directly linked to company strategy. And while at this time it depends on company strategy – in the not too distant future it will influence it.

Ingo Heijnen, Group Director, Hill and Knowlton, The Netherlands
Reputation management is not the communicator’s toy

Mirko Creyghton joined Burson-Marsteller in July 2004 as Director BrandPR. As of January 2005 he became Managing Director & Market Leader, responsible for the Dutch office. Mirko is a seasoned specialist in branding, marketing, PR and marketing communications management he is a strong believer in building bridges between marketing and PR strategies/implementations to establish strong brands and reputations. Mirko consults clients as ProRail, Smead, Accenture, Essent, Amsterdam Partners, American Chambers of Commerce.

Prior to working with Burson-Marsteller, Mirko worked in marketing and communication management functions with Fortis (financial services) and INHOLLAND University (education). As a managing consultant Mirko worked for BBDO and TMP Worldwide serving local and global clients across industries on issues and strategies regarding (employer) branding, marketing communications, PR, (re)positioning and corporate design.

History
Before Ingo’s appointment to Group Director, he had been the Group Manager for the Healthcare practice which followed his position as senior consultant in the Corporate Communications practice. Prior to Hill and Knowlton, he has been working as international communication manager with Royal Numico. He worked on the establishment of the Nutricia brand in the European healthcare industry. He had been involved with the launch of clinical nutrition and functional nutrition, in the Netherlands and abroad.

Prior to Royal Numico, Ingo has worked as PR manager with Citroën Nederland, and before that he already worked with Hill & Knowlton in Amsterdam as consultant for several companies in various sectors.

Other Information
Ingo served as officer with the Royal Airforce, as PR officer. Ingo studied journalism and communications. Ingo is bilingual (Dutch and German) and is fluent in English and French. He holds positions as guest lecturer in Reputation management at Hogeschool Windesheim as well as the Academy for Management of the University of Groningen.
www.hillandknowlton.com

Lucas has been professionally dedicated to communications for some 25 years. His personal skills and interest are especially in the fields of corporate branding, corporate reputation management and experiential communication.

During that era, after the initial success of landmark campaign ‘Nokia Game’ in the Netherlands, he has also been responsible for bringing this first true corporate brand experience campaign into Europe, for client Nokia in 2000.

Near the end of 2003 he joined Cordys –the new venture of Jan Baan- as a Director of Corporate Communication, positioning and introducing the new company to the market. He joined Fleishman-Hillard in the Netherlands late 2005.

Lucas holds a degree in journalism and an international master degree in Corporate Communication (MCC) from the Erasmus University in Rotterdam, the Netherlands.
www.fleishman.com 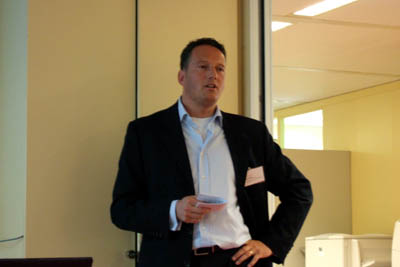 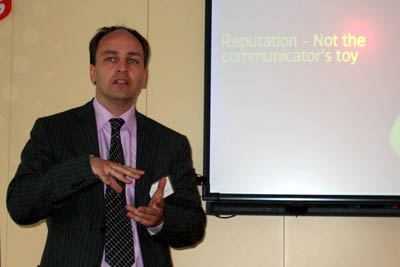 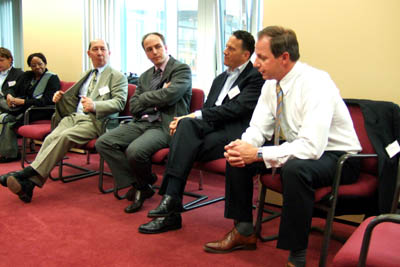