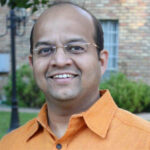 Mandar is the Founder & Executive Director of Cities4Peace - a not-for-profit initiative that actively promotes peace in cities worldwide. The flagship program was held in Los Angeles, where over 200 community members including LAPD officers, former gang members and victims of violence were trained as Ambassadors of Nonviolence. Similar programs are now being offered in … END_OF_DOCUMENT_TOKEN_TO_BE_REPLACED

CONTENTLead Article First Out, Last Back: The Economic Impact of the COVID Crisis on New Yorkers With Disabilities By Melissa Lent, Eli Dvorkin, and Laird Gallagher Article 01The 2030 Agenda for Sustainable DevelopmentBy the United NationsThe Future Now Show SDGs and the UNGSII on reporting what matterswith Roland Schatz and Patrick Crehan Article 02 Scientists find “strong … END_OF_DOCUMENT_TOKEN_TO_BE_REPLACED

Roland Schatz recounts how early insights into shortcomings of financial reporting practices, motivated his work at the UN and the UNGSII foundation, being first Senior Advisor to Michael Moller, Director General of the UN in Geneva and now to the CEO of World Banks Climate Investment Fund. He refers to the impact of the SDGs on advanced economies, the role of SMEs and new … END_OF_DOCUMENT_TOKEN_TO_BE_REPLACED 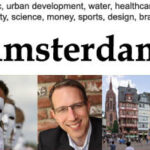 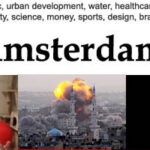