Florangel Maritza Russel, Chairwoman of the Association of Black Business Women in the Netherlands (ZZVN )
The diversity of black women in The Netherlands

H.E. Gábor Szentiványi
Ambassador of Hungary to the Netherlands

1975 1975 Graduated from the Budapest University of Economic Sciences

1994-97 1994-97 Spokesman and from 1995 Director-General for the Press and International Information Department of the MFA.

1996 Received the title of Ambassador

2004 Ambassador of the Republic of Hungary to the Netherlands
He is a member of the Hungarian Foreign Affairs Society and the Hungarian Atlantic Council.
Languages: English with some Spanish and Russian
Decorations: Middle Cross, Order of Merit of the Republic of Hungary Officer, Order of Prince Henry the Navigator (Portugal)
Knight Grand Cross of the Royal Victorian Order (GCVO)
Grand Cross of Merit (Chile)

He is married with two children.
Hobbies: boating, reading
www.hungarianembassy.nl

Humberto Schwab was born 1953 in Surabaya (Indonesia). He now lives in Amsterdam and in Spain (province Girona).

Humberto Schwab studied physics and philosophy at the University of Amsterdam, he worked at the Montessori Lyceum Amsterdam, the Gerrit Rietveld Academie and at the Hogeschool van Amsterdam.

He designed a philosophy method for high and higher education and published on several aspects of education. He was the driving force behind parliaments approval in 1998, of the introduction of philosophy in the Dutch high school system. An innovative training course for teachers was designed and executed by Humberto Schwab at the University of Amsterdam.
He developed several philosophy techniques like the value brainstorm, concept analysis, differential analysis, assumption analysis and think tank teaching method. He adjusted the Socratic discourse for educational contexts. He co-designed the philosophy curriculum for the Dutch high school system.

He trained several organisations in reflection on mission and ethics, and advised governmental and other organisations on cultural affairs. In the annual festival of philosophy he acts as “stand up philosopher”. He is chair of the Kalos society, which aims to improve the presence of intellectual youngsters in the public domain.

Humberto Schwab has developed the EuroLAB method, in which the Socratic discourse and the future scenario method are synthesized in a training format in which participants reflect on their position here and now by looking into a designed future. The participants combine all their knowledge to make different, challenging scenarios.

The EuroLAB is also a learning method in which students from different countries participate to brainstorm on urgent European matters. They produce an advice for the European government on the chosen subject (migration, water politics, media etc.). They learn by producing. Also they acquire international experience. In the Pyrenean area in Girona (Spain) the EuroLAB is developing steadily into a real virtual laboratory. Learning in an urgent context, and innovate educational systems is his main target now.
www.humbertoschwab.net

Born and raised in Turkey, Iclal Akcay reported on political and social issues for Turkish Television and newspapers. She moved to Germany in 1989 to work as an editor at a news organization, focusing on Central Asian Turkic republics. While there, she conducted a series of interviews with Central Asian immigrant women in Turkey and the United States. She traveled to Eastern Turkey in 1991, the scene of fighting between Kurds and the Turkish army, and interviewed young Kurdish women in several different cities. She is currently working on her thesis on avian influenza while completing a Masters degree in Science and Technology Studies at the University of Amsterdam.

Florangel Maritza Russel is in her daily life the manager, owner and publisher of Marrein Publications Inc, a publishing, advertising and communication company. The successful lifestyle magazine, Beauty Expressions the first magazine on the Dutch market for black woman, is her creation. Beauty Expressions reaches a fast growing number of readers and creates positive image for the black woman. Next to that Florangel Russel is the owner of the successful black hair hairdressers chain Hair & Beauty Design Florangel. At presence she is active on the board of several organizations in Holland. She is a appointed member of the Board of the Chamber of Commerce Rotterdam; she is the treasurer for the Foundation “Scala “. Scala is active in the field of Emancipation, Empowerment and Training on care renewal for women. She is treasurer for the foundation “WENK, furthermore she is a member of the Board of Trustees of the Foundation “Welzijn Schiedam” and member of the EDBR ( Economic Development Board Rotterdam) an advisory board to the city council of Rotterdam.

Her vision is to visualize and underline the leadership and economic potential of Black woman in The Netherlands and Europe .
www.zzvn.nl

Marjorie A. Ames arrived in The Netherlands in July 2006 and assumed the duties of Consul General in Amsterdam on August 4. This is her second diplomatic assignment in The Netherlands. She served as an Economic Officer at the U.S. Embassy in The Hague from 1994 to 1996.

Ms. Ames joined the Foreign Service of the U.S. Department of State in 1991. She began her career as the sole consular officer assigned to the U.S. Embassy in Paramaribo, Suriname, where she also helped administer the public affairs activities of the Embassy. Her other overseas assignments have been in consular positions at the U.S. embassies in Moscow and London.

Prior to her arrival in Amsterdam, Ms. Ames was assigned in Washington, D.C. as a public affairs officer in the Office of Policy Coordination and Public Affairs in the Bureau of Consular Affairs. She served as the speechwriter for the Assistant Secretary for Consular Affairs and other Bureau principals.

Ms. Ames is the recipient of several Department of State awards, including two Superior Honor Awards and a number of Meritorious Honor Awards. She speaks Dutch and Russian.
A native of the state of Texas, Ms. Ames grew up in New York and Ohio. She graduated with honors from Miami University in Oxford, Ohio with a Bachelor of Arts degree in Diplomacy and Foreign Affairs.

Ms. Ames is married to Robert C. Satrom, a corporate attorney currently practicing in The Netherlands. They have a six-year-old son.
amsterdam.usconsulate.gov

Peter van Gorsel spent many years in publishing before becoming Director of the Institute for Media and Information Management at the Hogeschool van Amsterdam.
www.mim.hva.nl 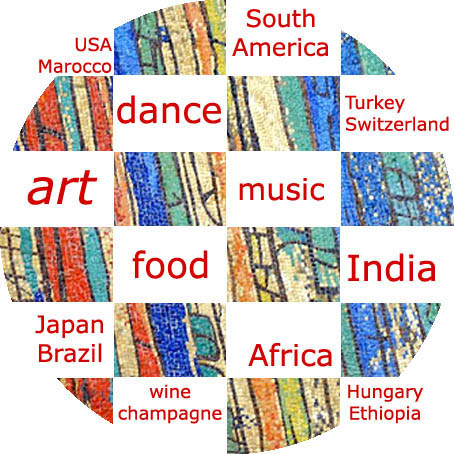