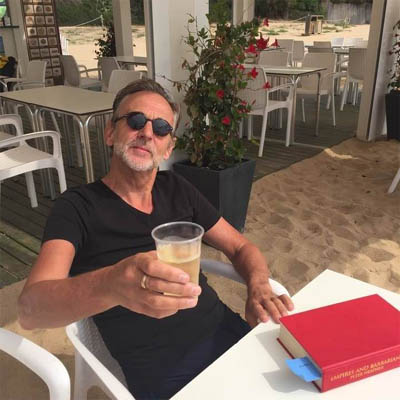 There can be no doubt about the importance of economics for many areas of our society. At the most basic level, economics attempts to explain how and why we make the choices we do. Four key concepts: scarcity, supply and demand, costs and benefits, and incentive can help explain many decisions that humans make. But are they all what drives our behaviour? They are rooted in the history of economic thinking. As the world emerges from a corona crisis the argument over the sources of decline and recovery are reigniting a debate among followers of the usual and established economic theories: classical, neoclassical, Keynesian, and Marxian. This is an important and recurring discussion as after 1929 a doubt was cast over the classical economic theory according to which government should not intervene in the economy. The crisis brought deflation, banks going bankrupt and massive unemployment with businesses shutting down in masses. Since the 1930s, four macroeconomic theories have been proposed: Keynesian economics, monetarism, the new classical economics, and supply-side economics. All these theories are based, in varying degrees, on the classical economics that came before the advent of Keynesian economics in the 1930s. All these theories are still based on rational behaviour and theoretical models.

Sometimes economics is called the dismal science, a description coined by Thomas Carlyle, who was inspired by T. R. Malthus’s (1798) whose gloomy prediction that population would always grow faster than food, dooming mankind to unending poverty and hardship still props up very once and a while. Even so economics is sometimes like science in that it can be used to improve living standards and but also to make things worse. That partly depends on the priorities of society and what we consider most important. It can help improve living standards and make society a better place. Standard economic theory forces us to think of economics solely in terms of seeking profit, which refers to maximizing an individual’s advantage. With An inquiry into the wealth of nations published 1776, Adam Smith installed himself as the leading thinker on economic thought. Currents of Adam Smith run through the works published by David Ricardo, Karl Marx in the 19th century and by John Maynard Keynes and Milton Friedman in the 20th century. Important and great names that still exert a large influence on economic thinking and thus on policy and policymakers.

Neo-classical economics has built equilibrium models that have increasingly become divorced from the lives of real people and businesses. Consumers and businesses are both assumed to act rationally, consumers optimize their purchasing power by equating the marginal utility per pound spent, whilst producers seek to maximize profits in both product and labour markets. It has been the dominant force in economic thinking and policy-making for many years formulating precise economic laws regarding production and consumption through the calculation of cost and benefit at the margin where that preciseness doesn’t exist. Neo-classical economics believes in the concept of equilibrium and the power of market forces to achieve an efficient allocation of resources. If there are instances of partial and complete market failure, neo-classical it favours the usefulness of conventional interventions such as taxation and subsidy to change incentives by altering relative prices and thus alter behaviour to help align social cost and benefits. But do these interventions align with what we now know from human behaviour because the neo-classical model of behaviour is built on these assumptions:

Critics of neoclassical axioms argued that the human brain is unable to evaluate all possible choices, to bring them in a transitive order and evaluate the consequences.

The emerging critique of neo-classical economics first came from economists who questioned whether complete information really existed or was really possible. Akerlof and Stiglitz showed that people suffer from information failure, that there are many information asymmetries and this can lead to sub-optimal decisions (aka market failure). But in their work people were still assumed to make the ‘best’ choice given the information they have. The work of Stiglitz and Akerlof extended the realism of conventional theory and has been widely absorbed into mainstream economics, especially with policies designed to change the information available to consumers when the government is trying to change consumption of merit and de-merit goods. But still the important element of human behaviour seems to be lacking.

In an ideal world our decisions would be the result of a careful weighing of costs and benefits and informed by existing preferences; we would make optimal decisions. In the 1976 book The Economic Approach to Human Behavior, the economist Gary S. Becker famously outlined a number of ideas known as the pillars of so-called ‘rational choice’ theory. The theory assumes that human actors have stable preferences and engage in maximizing behavior. Becker, who applied rational choice theory to domains ranging from crime to marriage, believed that academic disciplines such as sociology could learn from the ‘rational man’ assumption advocated by neoclassical economists since the late 19th century. The decade of the 1970s, however, also witnessed the beginnings of the opposite flow of thinking, as discussed in the next section. While economic rationality influenced other fields in the social sciences from the inside out, through Becker and the Chicago School, psychologists offered an outside-in reality check to prevailing economic thinking

Herbert Simon in a paper published in 1955 added further to the questioning of neo-classical economics with his concept of bounded rationality. People have limited attention spans and computational capacity. As mentioned above people have limited information and lack the computational capacity to evaluate all their alternatives and the consequences. Most consumers and businesses are unable to make fully informed judgements when taking their decisions and the increasing complexity makes life difficult. The later increased by digital transformation and social media.
Bounded rationality suggests that consumers and businesses will opt to satisfice rather than maximize. They will use rules of thumb or heuristics and guesswork when acting across different markets. Behavioural economists point out that bounded rationality is not the same as irrationality, because decisionmakers are still attempting to make as rational a decision as possible. Rationality is bounded and humans may try to achieve aspiration levels – satisfying — rather than aiming for the maximum.

Most of us know that there is no such thing as an ideal world. Research has shown what was for centuries common knowledge that a lot depends on how people behave and people’s behavior is often strikingly at odds with the theories and predictions of standard economic theory and its models. Contrary to the homo economicus view of human motivation and decision making, behavioural economics (BE) does not assume that humans make choices in isolation, or to serve their own interest. Aside from cognitive and affective, emotional dimensions, an important area of BE also considers social forces, in that decisions are made by individuals who are shaped and embedded in social environments.
The disagreement is not over what the economic facts are, but rather, over the operating assumptions about human behavior used to interpret economic facts. Amos Tversky and Daniel Kahneman published a number of papers that appeared to undermine ideas about human nature held by mainstream economics. They show that decisions are not always optimal. In behavioural models:

The economist Richard Thaler, a keen observer of human behavior and founder of behavioral economics, was inspired by Kahneman & Tversky’s. According to him people think of value in relative rather than absolute terms. Systematic deviations from rationality are observed challenging many of the assumptions of conventional thinking. He has popularized the concept of nudges and argued that “the real point of behavioural economics is to highlight behaviours that are in conflict with the standard rational model. His approach brought scientific insights into the world of business and management and they are challenging
classical economics in the workplace, the marketplace and top management.

Living in the moment

Behavioral economics (BE) uses psychological experimentation to develop theories about human decision making and has identified a range of biases as a result of the way people think and feel. BE is trying to change the way traditionally trained economists think about people’s perceptions of value and expressed preferences. According to BE, people are not always self-interested, benefits maximizing, and costs minimizing individuals with stable preferences – our thinking is subject to insufficient knowledge, feedback, and processing capability, which often involves uncertainty and is affected by the context in which we make decisions. Most of our choices are not the result of careful deliberation. We are influenced by readily available information in memory, automatically generated affect, and salient information in the environment. We also live in the moment, in that we tend to resist change, are poor predictors of future behavior, subject to distorted memory, and affected by physiological and emotional states. Finally, we are social animals with social preferences, such as those expressed in trust, reciprocity and fairness; we are susceptible to social norms and a need for self-consistency.

Incentives still matter but behavioural economics suggests that the motivations we have when making choices are not those that are taught in orthodox economics. Cognitive overload is common when we are faced with a huge array of choices and people frequently fall back on simple heuristics in these situations. When it comes to addressing persistent economic and social problems such as gambling addiction, rising obesity, anti-social behaviour and the causes of instability in financial markets, behavioural ideas seem to have plenty of validity and there is plenty of room to move when we are faced with problems such as change management, digital transformation etc. In our complex world where uncertainty is the new normal we cannot use a ‘one size fits all’ model for understanding the economy. Economist Paul Ormerod has argued, “An economist can no longer be said to have a good training in economics if he or she is not familiar with the main themes of behavioural economics.” In a modern networked economy dominated by knowledge, information services and digital transformation where networks are vitally important is bit is better to use and implement ideas drawn from behavioural economics. It is exactly here that we need to look at how behaviour and expected behaviour align or not align. It here that we are up against resistance when we work with customers or in approaching prospects. Our science-backed methodology can take on vested interests or build bridges where they are needed. We should also draw on new ideas from other subjects. For example, we are becoming more expert in understanding neuro-economics – how our brain processes decisions and the limitations that our neuro-system imposes on our choices.