As a part of the Language Rich Europe project the current state of play as for multilingualism policy and practice has been researched in 20 European countries. Its results will be published in a publication as well as on an interactive website in May 2012.

The project advocates “multilingualism for stable and prosperous societies”. We learn all our life how to communicate with each other. In the contemporary world with various borders becoming more and more blurred, it is even more tempting to use one common language. The most widely spoken constructed intralanguage, Esperanto, comes to mind.

What would the consequences be if we all spoke one language? History shows that languages that we use are not only about words. Federico Fellini, an Italian filmmaker, once said, “A different language is a different vision of life”. But is there really a relationship between the language and the thought? If we do decide to learn another language, what is the easiest way to get a good grasp of it?

The newest technology offers stunning solutions for language learning. CAVE (Cave Automatic Virtual Environment) is an immersive virtual reality environment where projectors are directed to three, four, five or six sides of a room-sized cube. It is used in experiments for language learning as it offers the unique opportunity to immerse into a different world and language. (The name is also the reference to the allegory of the Cave in Plato’s Republic, where a philosopher contemplates perception, reality and illusion). On the other hand, the newest solutions for machine and real-time translation seem to undermine the effort required to speak other languages. Where will it lead us?

Speaking and understanding speech are much more difficult in a second language than in one’s native language. Some of the associated problems are not obvious to understand. Why do some foreign languages seem so much faster than our native language? Why do Dutch speakers never manage to pronounce the English ‘th’ correctly? This talk will explain such difficulties by addressing the cognitive processes underlying speech. And it will answer the question why, despite such difficulties, linguistic diversity will never disappear.

Simon will demonstrate what is currently possible in speech synthesis – the conversion from text to speech by computers. Recent developments now make it possible for computers to sound like individual people, opening up new applications such as personalised speech translation and assistive communication aids for people who have difficulty speaking. But there remain barriers to making this technology available in all the world’s languages, especially those with small numbers of speakers, or spoken in less affluent parts of the world.

Tsead s a poet/performer who writes both in Frisian (the language spoken in the provence Fryslân) and in Dutch. Bruinja has read his work at festival all over the world, from Zimbabwe and Nicaragua to Indonesia. His work has been translated in many languages and he himself has translated the work of poets from other into Dutch and Frisian.

In his talk he will read some of his translations and original poetry and talk about his experiences as a poet writing in two languages. Bruinja had to relearn to write Frisian when he was 25 and he did this mainly by reading Frisian books and studying Frisian at the University of Groningen, where he first studied English language and American literature. Frisian is a language spoken by half of the population of Fryslân, but about 4% can actually write Frisian and maybe 20% can read it. ‘Why would you want to write for such a small audience?’ is a question he is often asked by his Dutch colleagues and Bruinja answers ‘because it is the language that my mother spoke.’

Mirjam Broersma, PhD, is a researcher in language psychology: she studies the way the mind deals with language. She has a particular interest in bilingual speakers and listeners. Dr. Broersma received a doctoral degree in Social Sciences from the Radboud University Nijmegen, the Netherlands, in 2005. She was affiliated with the Radboud University Nijmegen, the University of Sussex, UK, and currently works as Senior Investigator at the Max Planck Institute for Psycholinguistics in Nijmegen. She has received several grants and awards from, e.g., the European Commission, the British Academy, the Netherlands Organisation for Scientific Research, the Max Planck Society, Germany, and the Acoustical Society of America.
www.mirjambroersma.nl

Simon King is Professor of Speech Processing in the School of Philosophy, Psychology and Language Sciences, University of Edinburgh and Director of the Centre for Speech Technology Research. Simon is working in a number of areas such as automatic speech recognition, speech synthesis and multilingual systems as a way to look at the basic units of speech. Can we build systems that use common models for multiple languages? – it is one of the questions Simon is looking to answer. His current projects include computer-generated speech that adapts to the listening environment, spoken communication aids for people who have difficulty speaking, and text-to-speech technology that can be used in any language.
homepages.inf.ed.ac.uk/simonk
LISTA listening-talker.org
Simple4All simple4all.org
EMIME www.emime.org
NST www.natural-speech-technology.org

Tsead Bruinja is a Dutch poet who writes both in Frisian and Dutch. He was born in Rinsumageest (17-7-1974) and educated in Groningen, where he studied English language and literature at the University. His Frisian debut De wizers yn it read [The meters in the red] was published in 2000. In 2008, he published his fifth collection of Frisian poetry, Angel / Sting. His Dutch poetry collections are Dat het zo horde [The way it should be] (2003), Batterij [Battery] (2004), and Bang voor de bal [Afraid of the ball] (2007). Dat het zo hoorde was nominated for the Jo Peters Poetry Prize. Translations of his work have been published in several international magazines, such as Atlas (India/UK), Action Poétique (France), Mantis (USA) and Mentor (Slovenia). Tsead performs his work widely and lives in Amsterdam. In 2008 he was nominated to become the next Poet Laureate of the Netherlands.
www.tseadbruinja.nl

Passionate about people and different cultures Aleks enjoys an international life style. Originally from Poland, she lived in France, Austria, and England before moving to the Netherlands and the multilingual city of Amsterdam. After a few years of working as a management consultant, Aleks moved into the cultural sector. Aleks worked with the Dutch Polish Foundation in Amsterdam and recently completed a job as a project manager for the research project on multilingualism in Europe, “Language Rich Europe” in the British Council Netherlands. She speaks several languages and her last contribution to the Language Rich Europe blog in eight languages can be viewed here.
http://languagerichblog.eu/2012/01/05/1060

Asia Kowalewska is a Polish singer and songwriter. She started playing piano as a child and singing followed naturally. She wanted to see more of the world and went to study to Amsterdam where she finished the jazz department at the Conservatory. Asia played in the jazz quintet SuperString, the bossa duo A&J, the electronic band Bonicha and now with DarAsia and as a soloist. She sings in many languages and had concerts all over Europe. She is inspired by worldmusic, especially Brazilian bossa and samba, Argentinean tango and Portuguese fado. “If you sing with intention it doesn’t matter in which language you sing, emotions will always come through”. 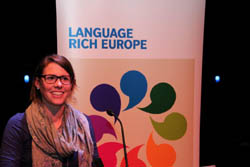 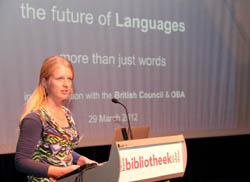 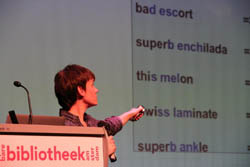 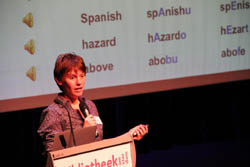 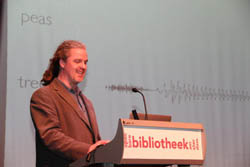 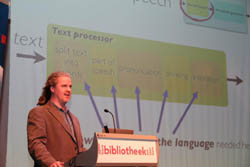 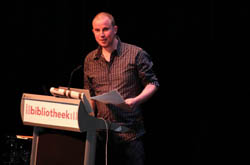 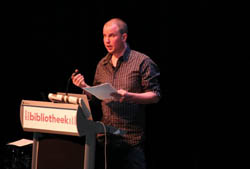 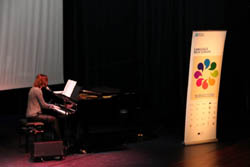 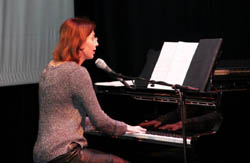 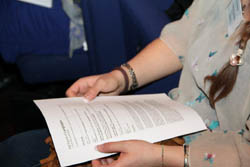 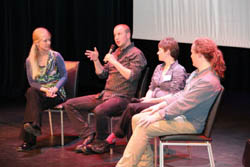 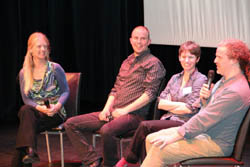 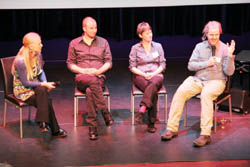 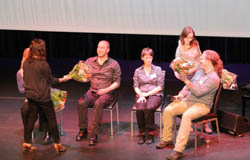