The National Foundation for the Promotion of Happiness

Webcast – the future of Hacking

Welcome to the  Club of Amsterdam Journal.

“Mankind”, the philosopher Friedrich Nietzsche observed, “does not strive for happiness; only the Englishman does that.” Yet, famously enshrined in the US constitution, the pursuit of happiness has conquered the world as a constant obligation: be happy now!
The ancient Greek sought “eudaimonia”, happiness, as the highest desirable good and the object of virtue. Jeremy Bentham, an English philosopher and reformer, later turned utility, or “Greatest Happiness”, into the basis or definition of virtue and made it useful as an organizing principle for society.

Advances in neuroscience, the empirical investigation of subjective well-being and quality-of-life studies have brought an evidence based understanding on what makes us happy. Once we have escaped from abject poverty, more wealth does not make us feel happier, yet the relative status it provides adds to our individual satisfaction. The reproductive advantage endowed by ambition and status ensures we always want twice as much as we have. This keeps our economy turning and suggests that we are destined to consume whatever there is without ever getting any happier.

No future for happiness, then? Some believe that happiness cannot only be measured but also taught, and that societies and economies, even a future, can be built on the idea that the opportunity to feel happy is truly valuable.
– What makes us happy? (Human nature, the individual perspective)
– What contributes to our common happiness? (The effect of society)
– How can there be most happiness? (The future of happiness)

Join us at the event about the future of Happiness – 25 November!

14,000 known uses for salt
There is much to learn about salt. Salt, sodium chloride, touches our lives more than any other chemical compound. The chemical properties and physical properties of sodium chloride are a treasure to mankind. Salt or salt-derived products are ubiquitous in our material world and the very cells of our bodies swim in a saline solution. We take for granted the salt crystals that make our foods safe and palatable and we give thanks for salt’s lifesaving properties when applied to slick winter roads. Most are unaware of the 14,000 known uses for salt, how it’s produced and our success in ensuring the environmental compatibility as it provides the foundation for the quality of our lives. Salt Institute is the world’s foremost source of authoritative information about salt (sodium chloride).

Global Aging 2010: An Irreversible Truth
a report by Standard & Poor

No other force is likely to shape the future of national economic health, public finances, and policymaking as the irreversible rate at which the world’s population is aging. The problem has been long observed and is well understood: U.N. figures show the proportion of the world’s population aged over 65 is set to more than double by 2050, to 16.2% from 7.6% currently. By the middle of the century, about 1 billion over 65s will join the ranks of those classed as of non-working age. Standard & Poor’s Ratings Services believes that the cost of caring for these people will profoundly affect growth prospects and dominate public finance policy debates worldwide.

Stratasys and Kor Ecologic are creating one of the world’s most fuel-efficient and environmentally friendly vehicles. Code-named, Urbee, it is the first car ever to have its entire body 3D printed by additive manufacturing processes.

The car is charged overnight for just pennies from any standard home electrical outlet. Alternately, it can be charged by renewable energy from a windmill or a solar-panel array small enough to fit on top a single-car garage.

For combined city and highway use, the Urbee gets about 150 mpg and costs only 2 cents per mile. This is only about 10 percent of the fuel consumed by a typical SUV. And on the highway, it costs about 1 cent per mile, or 95 percent less than that same SUV.

“Other hybrids on the road today were developed by applying ‘green’ standards to traditional vehicle formats, says Jim Kor, president and chief technology officer, Kor Ecologic. “Urbee was designed with environmentally sustainable principles dictating every step of its design.

“Urbee is the only practical car we’re aware of that can run solely on renewable energy,” says Kor. “Our goal in designing it was to be as ‘green’ as possible throughout the design and manufacturing processes. FDM technology from Stratasys has been central to meeting that objective. FDM lets us eliminate tooling, machining, and handwork, and it brings incredible efficiency when a design change is needed. If you can get to a pilot run without any tooling, you have advantages.”

Urbee is the first prototype car ever to have its entire body 3D printed with an additive process. All exterior components – including the glass panel prototypes – were created using Dimension 3D Printers and Fortus 3D Production Systems at Stratasys’ digital manufacturing service – RedEye on Demand. 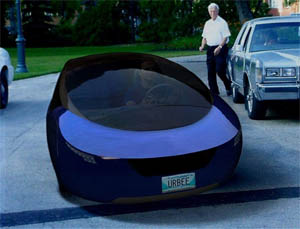 Stumbling on Happiness
by Daniel Gilbert

Gilbert’s central thesis is that, through perception and cognitive biases, people imagine the future poorly, in particular what will make them happy. He argues that imagination fails in three ways Imagination tends to add and remove details, but people do not realize that key details may be fabricated or missing from the imagined scenario. Imagined futures (and pasts) are more like the present than they actually will be (or were). Imagination fails to realize that things will feel differently once they actually happen — most notably, the psychological immune system will make bad things feel not so bad as they are imagined to feel. The advice Gilbert offers is to use other people’s experiences to predict the future, instead of imagining it. It is surprising how similar people are in much of their experiences, he says. He does not expect too many people to heed this advice, as our culture, accompanied by various thinking tendencies, is against this method of decision making. Also, Gilbert covers the topic of ‘filling in’ or the frequent use of patterns, by the mind, to connect events which we do actually recall with other events we expect or anticipate fit into the expected experience. This ‘filling in’ is also used by our eyes and optic nerves to remove our blind spot or scotoma, and instead substitute what our mind expects to be present in the blind spot. The book is written accessibly for the layperson, generally avoiding abstruse terminology and explaining common quirks of reasoning through the simple experiments that exploited them.

The National Foundation for the Promotion of Happiness

The National Foundation for the Promotion of Happiness (abbreviated “the Happiness”) is a multicultural, not-for-profit network of artists, play writers, actors, musicians and volunteers who invest in children and teenagers in asylum-seeking centres. The Happiness organises creative activities on a regular basis in 30 asylum-seeking centres in the Netherlands. Creativity provides space. Art challenges, but doesn’t force. For children and teenagers it is of great importance to be able to demonstrate during their development who they are and who they can be. This can be done through music, sculpture, theatre, play and game, in brief, during creative activities.

Our target group was, and still is a blind spot for public and private institutions both in terms of refugee-policies and in terms of working for asylum-seekers or children and teenagers. While the children and teenagers of the Happiness are mentioned in the International Covenant for the Rights of Children, they do not ‘fit’ into any mandate of the Dutch government. The Happiness has a unique role through the diversity of its flexible regional network; a large amount of the projects are executed by employees with a refugee background. The Happiness is an independent organisation supported by individuals and private funding.

Webcast – the future of Hacking 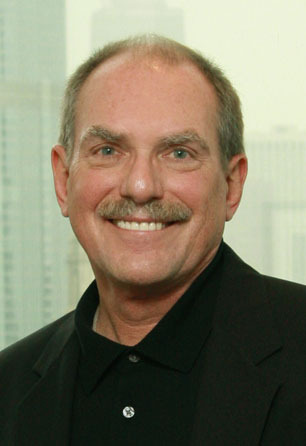 David Houle & Associates provides future oriented strategic consulting at the highest level to clients. David Houle is a futurist, strategist and keynote speaker. He has always been slightly ahead the curve. Houle is consistently ranked as one of the top futurists and futurist keynote speakers on the major search engines. He has keynoted numerous conferences both across the country and internationally. He is regularly invited to speak and corporate management retreats. He recently won a Speaker of the Year award from Vistage International, the leading organizations of CEOs in the world. He is often called the “CEOs futurist” having spoken to or advised 1200+ CEOs and business owners in the past three years.

Houle spent more than 20 years in media and entertainment. He has worked at NBC, CBS and was part of the senior executive team that launched MTV, Nickelodeon, VH1 and CNN Headline News. He helped to create television series on A&E for his client Bill Kurtis, “Investigative Reports’ and “American Justice”, introducing single subject documentaries and legal programming to prime time before those programming concepts became common place. Both series were award winning and ran for more than ten years.

Houle has won a number of awards. He won two Emmys as Co-Executive Producer for a nationally syndicated kids program, “Energy Express”. He won the prestigious George Foster Peabody award and the Heartland award for “Hank Aaron: Chasing the Dream” and was nominated for an Academy Award.

He writes the highly regarded futurist blog www.evolutionshift.com with the tag line “A Future Look At Today”. For those of you on Twitter his user name is evolutionshift which is also the name of his YouTube channel. He publishes a free monthly newsletter and the highly acclaimed semi-annual Shift Age Trend Report. Both are available at www.davidhoule.com/shiftstore/index.asp. He has been speaking about the future for a number of years and his first book “The Shift Age” was published in 2008. He is currently working on two new books.