Amsterdam Economic Board (the Board)
Museum Geelvinck

It is smart business to get more women in business

Beyond gender differences in the world of business

How f-male should a woman be to succeed?

From Leadership by Authority to Authentic Leadership – Lessons from different cultures

Comments during the dialogue about “the norms and values” that could frame the preferred future of business:

The Women’s Business Council, UK:
There is enormous potential in women’s untapped entrepreneurialism, and a strong case for providing more support for women who want to set up their own businesses.

National Women’s Business Council (NWBC), USA:
17.5% of employer businesses are “women-owned,” but another 18.8% are women-led, meaning that 36% of businesses are either women-owned or women-led.45% of all privately-owned employer fi rms have at least one female owner or investor.
89% of businesses owned entirely by women have”only one owner, compared to only 69% for entirely men-owned businesses.

European Commission:
Across the EU, women are underrepresented in positions of responsibility in all fields. The reasons for the under-representation of women in power and decision-making are multifaceted and complex. Particularly at the highest levels, women are still largely outnumbered by men in leadership positions in politics and business, as well as in other fields. In the European Parliament, three in ten members are women (2009-2014).

Men still occupy 83 percent of corporate board seats at Fortune 500 companies today. They hold more than 90 percent of CEO positions.
The Future is for women to bring their talent to the workforce for better impact.
Companies with more women had a 53 percent higher return on equity and a 42 percent higher return on sales than those with fewer women.
A few people might show up at a meeting to discuss that new phenomenon driving the bottom line: Women, and the way we want to work, are extremely good for business.
Forward-looking companies understand they need women to figure out how to market to women. They also control 83% of all consumer purchases, including consumer electronics, health care and cars … and Women now make up about half of the U.S. population and half of the workforce. Women hold more college degrees than men.

So what is takes for insightful companies to lure this next talent pool….

As women, as CEOs, as individuals, we should determine what we personally can do to bring about true gender equality in business to tap into this incredibly valuable talent pool.

Will the stronghold on an old biz model hold up under pressure from a democratised, gender balanced workforce?

In the future, a combination of social innovation, cultural diversity, technology (the impact of the Internet of Everything IoE) and a search for meaning will drive the opening up of old biz models and create more opportunities for women and growing potential in the world of business. It might even shift mindsets away from pure business into meaningful work.

The balancing act of integrating family, life and work is at the heart of most issues with women in the business world…much more so than with men. This challenge confronts women regularly in the business world. What if that challenge was addressed and embraced inside largers organisations and corporations in the future?

What influences this shift fascinates me. We could explore the choices needed at the heart of this transformation. How can we transform our ideas about work and business and then operationalise that – getting beyond protest and gender-bashing. Accept the differences – start from there and get creative! Looking forward to sharing perspectives.

Cristiane Morais Smith, Professor in Theoretical Physics, Utrecht University
How f-male should a woman be to succeed?

In this talk, I will evoke some of the paradoxes involving the scientific career of female researchers, and will discuss some possible strategies to overcome the difficulties.

Lessons from four cultures, looking at how women succeed in business in the UK, France, The Netherlands and West Africa: what are the commonalities, what are the differences, how much does culture play a role and what can we learn from these success stories?

Cristiane Morais Smith, Professor in Theoretical Physics, Utrecht University
How f-male should a woman be to succeed?

Current Board positions
World Future Society:
Member of the Board since 2006 the leading foresight organisation worldwide Washington, USA
Member of the succession committee. Member of the strategic committee for Chapters. Involved directly in the repositioning/transformation of the society. Chair of the European network

Other relevant experiences
On topics like Global Branding, Myléna is frequently invited as speaker. Topics of speeches like “the Future of Brands”, “Brands: Risk Management in the Area of Globalization” and “Defining a New Branding Process in the digital age”, “Branding Intelligence” (some tips) and “Working Better with Weak Signals: Profound Insight Into New Value Creating Opportunities”.

40+ years in the business world, serial entrepreneur, concept developer, coach for executives and start-ups. Founded and grew an award-winning creative company, Waves, then sold it into a worldwide company at a relatively young age. Moved to Amsterdam and worked as Head of International Business Development and Strategy Director for BBDO. Since 1998 through Quantum Brands BV, has worked with clients and also with private equity companies as Chief Creative Officer growing their investment start-ups. Co-authored “The Quick Start Guide to Making Choices” and working on the next book in the series. Currently, looking for new opportunities, coaching and developing GoChoose for Kids 2020 Foundation, a learning programme and app.

Holds an MBA and a double PhD in quantum physics and metaphysics, focusing on consciousness studies. Through that learning process, developed Applied Connective Dynamics for building concepts in dynamic human systems like business organisations and brands using core human values.

Sits on the Board for several foundations and a university in Silicon Valley.
Speaker at international conferences on innovation and the future.

Prof. Dr. C. Morais Smith works on condensed matter physics, more specifically on strongly correlated systems. Her research spans a large variety of low-dimensional quantum systems, ranging from high-temperature superconductors to quantum Hall systems, graphene, topological insulators and ultracold atoms in optical lattices. She did part of her studies at Unicamp (Brazil) and part at ETH Zurich (CH) After a short postdoc at ETH, she obtained a C1 postdoc position in Hamburg (D), and then became a Maitre Assistant in Fribourg (CH). In 2001 she became Associate Professor at the University of Fribourg (CH), and since 2004 she is a Full Professor at the University of Utrecht (NL). She has organized 23 (small and large) conferences and several outreach activities. Among others, she organized the Fysica 2010 Conference in Utrecht, a joint event between the Dutch and Belgian Physical Societies.

Caro Bamforth is Director of Corporate Communications for Vlisco Group, the Dutch design company known for the outspoken colourful fabrics it creates for West and Central Africa. She has worked in communications roles at Unilever and Ahold in the Netherlands, for Microsoft in France and Nokia in the UK. Caro has an honours degree in French and Spanish and has lived in the Netherlands for 8 years.
www.vlisco.com

Annegien Blokpoel is founder and director of the independent strategy firm PerspeXo. She has worked in the fields of strategy, investor relations, communications, and structured finance at two AEX-listed companies, CF PwC and Merchant bank MeesPierson. Over more than 21 years she has assisted over 150 boards (of large stock exchange listed and entrepreneurs small companies) and directors in formulating and realising value strategies.

She holds degrees in economics and archaeology, and an MBA, having studied in Amsterdam and Jerusalem. She regularly acts as moderator and speaker at conferences and business schools.
www.perspexo.com 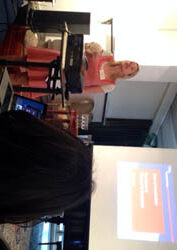 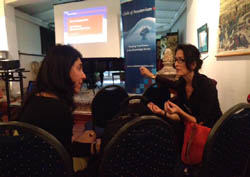 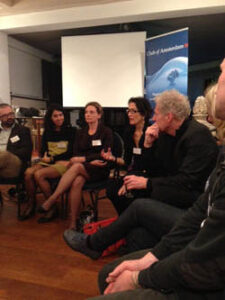 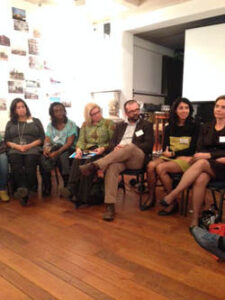 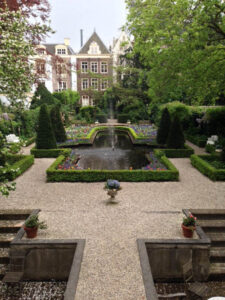