“The contemporary history of the world’s favourite game spans more than 100 years. It all began in 1863 in England, when rugby football and association football branched off on their different courses and the Football Association in England was formed – becoming the sport’s first governing body.

Both codes stemmed from a common root and both have a long and intricately branched ancestral tree. A search down the centuries reveals at least half a dozen different games, varying to different degrees, and to which the historical development of football has been traced back. Whether this can be justified in some instances is disputable. Nevertheless, the fact remains that people have enjoyed kicking a ball about for thousands of years and there is absolutely no reason to consider it an aberration of the more ‘natural’ form of playing a ball with the hands.” – FIFA

Philosopher Albert Camus, who was a goalie for his university team before TB ended his professional hopes. He later said, “what I know most about morality and the duty of man I owe to football.”

No other sport can boast football’s multi-cultural credentials. The players who make up the world’s greatest football teams come from all parts of the globe, and football provides us the best examples of co-operation in action. So does football have the power to unite societies? Or will it always be a vehicle to attract likeminded people with similar backgrounds, religions, regional roots, beliefs etc, and viscously compete against all with different backgrounds?

In some sports it is clear that globalization is a hard fact. One such an example is Soccer. In professional soccer it is not an exception if in the starting line up one can find players of 11 different nationalities. Also in non professional teams is diversity a fact. In The Netherlands it is not unusual to have Moroccan, Turkish, and Surinam players in the team as well as people from the Antilles. As a result, interest is growing in the challenge how to align the people from different backgrounds.

Having the knowledge of how this challenge is handled in international businesses like Nike, 3M, IBM and in global organizations like the IMF, the Worldbank etc, Huib Wursten together with Tom Fadrhonc started 15 years ago also to apply this to help coaches in international sports like soccer.

Huib and Tom are teaching in the official training for professional coaches in The Netherlands and gave numerous workshops for the Union of Dutch professional Soccer coaches.

They gave workshops to the training Staff of clubs like Ajax, PSV, Heereveen, NEC and Excelsior to develop an understanding in how to coach players from different backgrounds to make a homogeneous team.

James M. Dorsey, senior fellow at the S. Rajaratnam School of International Studies (RSIS) at Nanyang Technological University in Singapore and co-director of the Institute for Fan Culture of the University of Würzburg
Soccer – A Middle Eastern and North African Battlefield.

A confrontation between autocratic Arab leaders and militant, highly politicized, street battle-hardened soccer fans that has already contributed to the toppling of former Egyptian and Tunisian presidents Hosni Mubarak and Zine el Abedin Ben Ali builds on a political tradition inherent in the game since its introduction by the British. That tradition is rooted in the fact that politics was associated with the founding of the vast majority of soccer clubs in the region and underlies its foremost derbies, some of which rank among the world’s most violent.

Taken together, the fan groups constitute a major social force. In Egypt, for example, they represent one of the largest civic groups in the country after the ruling Muslim Brotherhood. The power of the fans is highlighted by the fact that they have prevented the lifting of a suspension of professional soccer in Egypt for much of 2012. The suspension was imposed after 74 people were killed in February 2012 in a politically loaded brawl in Port Said, the worst incident in Egyptian sporting history.

Much like hooligans in Britain whose attitudes were shaped by the decaying condition of stadiums, Egyptian and Tunisian militants were driven by the regime’s attempt to control stadiums that they consider their space by turning them into virtual fortresses ringed by black steel. The struggle for control produced a complete breakdown, social decay in a microcosm. If the space was expendable, so was life. As a result, militant fans would confront the police often each weekend with total abandonment in a phenomenon in stadiums that scholars J. Pratt and M. Salter described as “a meeting point for a variety of social conflicts, hostilities and prejudices.” That is all the more true for Middle Eastern and North African who unlike hooligans in pluralistic West European societies had no alternative release claps for their pent-up anger and frustration.

James M. Dorsey, senior fellow at the S. Rajaratnam School of International Studies (RSIS) at Nanyang Technological University in Singapore and co-director of the Institute for Fan Culture of the University of Würzburg
Soccer – A Middle Eastern and North African Battlefield.

During his career at Nike, he became involved in managing multinational teams. Since 2008 his company advises international businesses, multinational sports teams and universities how to understand cultural differences, and avoid the costly and painful conflicts that often emerge. Fadrhonc’ vision is that cultural differences in any team are an asset, not a liability.

For 15 years he has coached and educated extensively on the subject. Fadrhonc Advisory Services BV is a member of itim International.

Tom worked 14 years for Nike in the US and Europe, in the early days to start the new Football division in the US, and subsequently as General Manager Benelux and member of the Europe Middle East and Africa Leadership Team. He spent these years merging Country organizations and restructuring and relocating divisions. During his tenure he managed Nike’s extensive involvement in the EURO 2000 Football Championships. Most recently he started the new Brand Protection division in Europe, the Middle East and Africa. Before joining Nike he worked in New York and Washington for MCI Communication as Director International Marketing and as VP/Management Supervisor for NW Ayer advertising managing the AT&T advertising account. He also founded and sold an in-flight publishing company, which developed destination magazines for major airlines. Tom runs an occasional marathon, and is a former board member of the American Chamber of Commerce and the Nike Pension Board. He currently serves on the board of Webster University in The Netherlands. Born in The Netherlands from Czech parents he studied at Nyenrode Business University in the Netherlands and graduated in International Finance and International Marketing from Thunderbird University in Phoenix, Arizona.
www.itim.org

Huib is experienced in translating international and global strategies and policies into practical consequences for management. He has been working in this field since 1989 with a variety of Fortune 1000 companies, with public and private organisations in 85 countries on all continents. His main clients in the business sector are IBM, 3M, Vodafone, McCain, Quest, Texaco, ABN AMRO, Nike, and Unilever. Non-profit clients include the IMF, the European Central Bank, the World Bank, the UN Development Programme, the Council of Europe, and the Dutch peacekeeping forces.
www.itim.org

James M. Dorsey
Senior fellow at the S. Rajaratnam School of International Studies (RSIS) at Nanyang Technological University in Singapore and co-director of the Institute for Fan Culture of the University of Würzburg

An award-winning, veteran journalist, James has covered ethnic and religious conflict in the Middle East, Africa, Asia, Europe and Latin America for The Wall Street Journal, The New York Times, Financial Times and The Christian Science Monitor. He has been based across the Middle East in Cairo, Jerusalem, Tehran, Kuwait, Cairo, Dubai and Riyadh as well as in Europe in Paris, London, Amsterdam, Nicosia, Athens and Istanbul and in the Americas in Washington, Lima and Panama City.

James is a columnist and the author of the widely acclaimed and quoted blog, The Turbulent World of Middle East Soccer. He sits on the international editorial board of The Middle East Studies Online Journal, is vice president of Ecquant, an online news market place scheduled for launch later this year, and serves as an advisor to global public relations agency Hill & Knowlton. James was an advisor to the chairman of the World Economic Forum for the first Middle East and North Africa summits in the 1990s and chairs panels at WEF gatherings.
http://mideastsoccer.blogspot.nl

John has over twenty years experience in the field of sports operations and marketing. He has developed a strong network in various sports and disciplines including vendors, venues, merchandisers and media. He had the good fortune to work with a mentor for many years who himself had been a General Manager of several professional teams in the US: Dick Verlieb. Together, they developed an exhaustive checklist for organising sports events that remains the cornerstone of any successful event.

John was a member of an interest group that successfully lobbied the National Football League to locate a team in Amsterdam for the World League of American Football. In that role, he assisted in the market research, feasibility studies and preliminary negotiations with various vendors as well as publicity and the official announcement ceremony.

He also worked on sales, promotion, public relations and football development activities. He left the team after the first season to work in the field of telecommunications but continued to assist the organisation in sponsoring, ticket sales and grassroots development. He also assisted in the production of the Dutch broadcasts of NFL football.

In 2007, John joined a group of professionals in the consulting group HEG. In 2009, he was asked to produce a Sumo event for the Japanese Chamber of Commerce. This event, held in the Heineken Music Hall, was a tremendous success. He currently is working on a number of corporate sporting events and an exciting new sustainable event concept.

Born in 1964, John holds a Bachelor of Arts degree in economics from Kent State University where he was also a member of the Lacrosse team. He received his MBA from Nijenrode University in 1990. He continues to be active in American Football as president of the Crusaders, a game official and a member of the Rules and Regulations Committee of the European Federation of American Football.
hegconsult.com 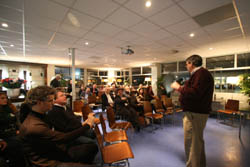 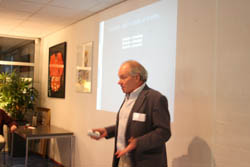 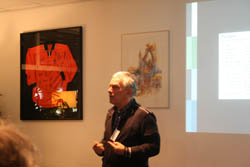 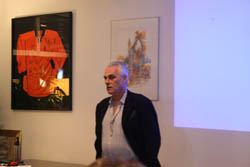 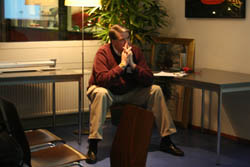 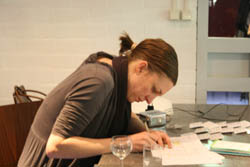 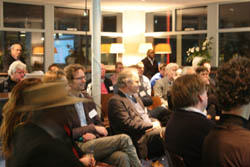 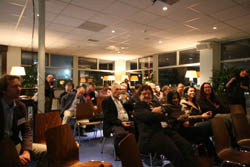 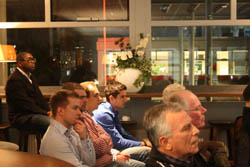 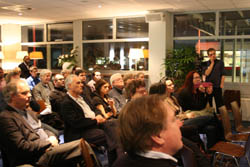 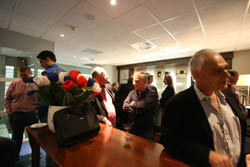 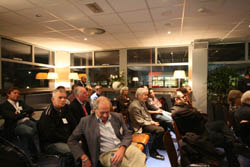