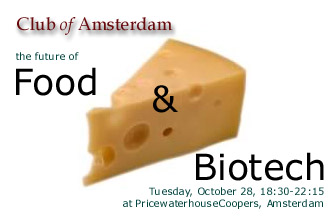 After graduation in chemistry at Utrecht University (1970) Jan Willem van der Kamp joined Unilever where he had positions in central research and in the van den Bergh Foods company. In 1985 became director of the Cereal and Animal Nutrition Research Institute in TNO. Since 1994 he is Program Director Biotechnology in TNO Nutrition and Food Research.

His external positions include President of ICC (International Association for Cereal Science and Technology) and Chairman of the Law and Regulation Committee of NIABA, the Dutch Bioindustry Association.

His main hobby is playing the violin, both classic and popular music.

Work experience
1985-1987
Scientific journalist
1987-1993
University lecturer and researcher in the department of Toxicology, Katholieke Universiteit Nijmegen, gained doctorate for research on the combination of alcohol and smoking with the aid of an animal model.
1987-1992
University lecturer in the department of Toxicology, Katholieke Universiteit Nijmegen. Set up course on ‘Limiting values, norms and policy’, and taught this course for a number of years to students of Health Sciences.
1992-1998
Scientific officer and senior scientific officer in the department of Environment and Health, Health Council of the Netherlands, The Hague. Secretary and advisor to various Health Council committees in the field of health and the environment, in particular the risks associated with (combinations of) chemical substances.
1999 to date
Senior scientific officer in the department of Nutrition and Health, Health Council of the Netherlands, The Hague. The responsibilities include the scientific and operational development of a framework for the evaluation of new foodstuffs; safety evaluation of genetically modified foodstuffs, specific bio-active components and exotic foodstuffs in cooperation with an expert committee; participation in the Dutch contribution to consultation between experts for the European Commission in Brussels; acting as spokesperson for the Dutch delegation to the Novel Foods working group of the OECD in Paris, on behalf of the Dutch ministry of VWS; intensive consultation about new foodstuffs with the policy departments of the Dutch ministries of Public Health, Welfare and Sport, Agriculture, Nature Management and Fisheries and Housing, Physical Planning and the Environment; interaction with pressure groups and the general public through personal talks, fora and participation in public debates; interaction with industry via personal talks, negotiation and information services; and management and coaching of five members of staff. Internal budgetary responsibility amounting to 300,000 Euro per annum.
http://www.gr.nl

ACADEMIC QUALIFICATIONS
On graduating from University College Cork, Liam Downey spent the first ten years of his professional career in research on milk and dairy products. Having been awarded a PhD by Reading University, England, he returned to Ireland in 1965 to take up a research appointment at An Foras Taluntais (The Agricultural Research Institute) Moorepark, Co Cork. In the course of his work in Reading and Moorepark, Dr Downey published an extensive range of research papers and reviews in various international scientific journals as well as a book entitled Food Quality and Nutrition, which documented for the first time Europe’s food research priorities.
In 1973, he joined the National Science Council, where he spent the next six years (1973-1979) formulating and developing national policies and programmes in Food Science & Technology and Environmental Protection. In the course of this work, he represented Ireland on various EU committees, as well as participating in a number of international science and technology commissions.
In recognition of the international contribution of his research, he was awarded a D.Sc (Doctorate of Science) Degree in 1979 by the National University of Ireland, for published research.

DIRECTOR OF FOUR NATIONAL ORGANISATIONS
Dr Downey was Chief Executive of An Foras Forbartha (The National Institute for Physical Planning and Construction Research) between 1979-1982. Arising from a comprehensive review which he undertook of the organisation, an innovative planning project in the format of a Foresight Study of Ireland in the Year 2000, was completed in the 1980’s. The conclusions of this study heralded many of the organisational, infrastructural and social issues confronting Ireland in the 21st century.

As Director of ACOT (The National Agricultural Advisory And Training Organisation) from 1983 until 1988, Dr Downey had the responsibility of establishing ACOT as the national farm advisory and training body. Among the major initiatives under his direction, was the establishment of the Certificate-in-Farming, through which young farmers had available to them, for the first time, a vocational training programme, comparable to the best in Europe.

From 1988 until 1992, he was National Director of ERAD (The Bovine Disease Eradication Board). His strong scientific background, together with a firsthand knowledge of the management and direction of major public service bodies, stood to him in good stead in the major challenges which he undertook in tackling Ireland’s long-standing problem of bovine TB. Based on the extensive research programme which he put in place, Dr Downey’s publications show that bovine TB was twice as high as it had been perceived to be, and that because of TB-infected badgers, allied to the absence of a laboratory based diagnostic test, bovine TB cannot be eradicated in Ireland.

In 1994, Dr Liam Downey was appointed Director General of Teagasc (The Agriculture and Food Development Authority) which is the national body responsible for the provision of research, advisory and education/training services for agriculture, the food industry and rural development.

The direction and management of this complex organisation, with an annual budget of in excess of €120m and employing some 1600 staff, required a high level of strategic management capability, combined with a thorough knowledge and understanding of many facets of science and technology, ranging from agri-food policy, agriculture, food processing, biotechnology and environmental protection to rural development.

Under Dr Downey’s direction, Teagasc’s research programmes were reoriented, leading to much increased resources being secured for research on food products (especially safety and nutrition), environmental protection and the development of econometric models of the agricultural industry in Ireland and the EU. Two new farm advisory services were put in place, one geared towards servicing the needs of the commercial farming sector, and the other targeted to the less intensive farmers. Also, Teagasc’s education and training programmes were nationally accredited and incorporated into the mainstream educational/CAO system. This includes the provision for advancement into University, through the third level courses delivered jointly with the Institutes of Technology. Dr Downey’s strong scientific background combined with his extensive senior management experience, was essential in building Teagasc’s national and international standing in strategic research and in the delivery of advisory and education/training programmes designed to meet the needs of specific sectors of agriculture and the food industry.

ACADEMIC DISTINCTIONS
In 2000, Dr Downey was conferred with a Doctorate of Laws Degree by the National University of Ireland, in recognition of his major contribution in many fields of science and technology, both nationally and internationally.In 2001, he was awarded an Honorary Professorship in Agriculture and Food Science at University College Dublin.In 2002, an Honorary Professorship in Science was conferred on Dr Downey by the National University of Ireland, Maynooth.

Joost van Kasteren (1950) got his degree in Molecular Science at Wageningen University and then worked for five years as a science writer at the Technical University in Delft. After a short period as editor of ‘ De Ingenieur’ he started as a free lance in 1984. He has written articles on biotechnology and food issues in newspapers and magazines for the last 25 years and in 2001 published an Expert View on biotechnology.
http://www.joostvankasteren.nl

Roel Bol
Director, Department of Trade and Industry of the Ministry of Agriculture, Nature and Food Quality

Patrick Crehan is of Irish nationality. He spent 10 years working in Europe and Japan as a researcher in mathematical physics. As a scientist his interests included quantum chaos and emergent phenomena. He was also active in discussions about the arts, the nature of creativity in post-modern societies, the meaning of science and its place among the disciplines.
While working as an academic he co-founded ‘West of West 7’, a company promoting international art exhibitions and exploring concepts of ‘aboriginality’.
In 1996 he dropped out of academia spending two years working for the European Commission. He worked on RTD collaboration in Information Technologies with countries of the Mediterranean basin, Latin America, Asia and Eastern Europe.
In 1998 he left the Commission to work as an independent consultant in international RTD, industrial and economic development policy. He worked as an advisor to OCYT – an agency in the Cabinet of the Prime Minister of Spain.
In 1999 he founded Crehan, Kusano & Associates or CKA. He believes that an important source of prosperity in the modern age depends on our ability to organise RTD & Innovation. CKA believes in building the future. CKA prospects for, evaluates and invests in new technology based business opportunities. It designs and manages processes of strategic reflection that support innovation related decision-making for enterprise, government and administration.