May you live in interesting times, goes the old Chinese curse. So let’s pause to consider the changes 2016 brought and what 2017 portends. As AIs flex their mental muscles by beating our best gamers, answer questions spoken into our phones and square up to drive our cars, the machines around us proliferate. From the tiny chattering chips in our homes and offices to drones large and small, benign and deadly. They’re here to help us, but they’re taking our jobs. They can face danger in our place, but they can be danger too. How will this all pan out – are humans going to deal with this sensibly, given that we react to the consequences of increasing inequality and strife by blaming the victims and voting for billionaires?

Cancer may finally be on the retreat and 3D-printed replacement organs are on the horizon yet reckless use of antibiotics threatens incurable superbug infections and research into ageing has produced the bizarre phenomenon of billionaires looking to find youth, vampire-like, by transfusing the blood (plasma) of young people. Genetic engineering is becoming a precise technology (CRISPR), bringing great promise but maybe great dangers (bioterrorism).

Climate change looks increasingly apocalyptic, but the president of the most powerful country on the planet thinks it is a hoax. Yet solar and wind power promise to start to displace fossil fuels on economics alone, electric cars look set to accelerate the transition, and these technologies could at the same time bring electricity (and the internet and all that entails) to the poorest on the planet for the first time.

Interesting times indeed. The Future Now Show has invited some people with a particular stake in the future to share their thoughts. – Paul Holister 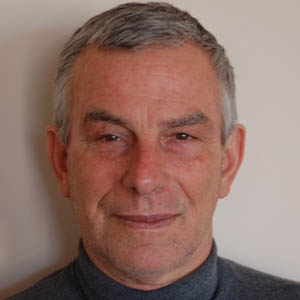