“Scientists have always said: “In our physical plane, we have only discovered the tip of the iceberg.” When labels such as: “Esoteric Psychology”, “Esoteric Science/Scientist”, “Paranormal Psychology”, “Human Energy Science”, “Life Energies Science”, “Spiritual Metaphysics” are mentioned, most of us will either nod our heads in disbelief, violently shirk out of fear of the unknown, or fall into a curiosity muse. The above mentioned are claimed by some physicists, a few psychology professionals, and a minority of scientists to be emerging legitimate forms of knowledge-hopefully to be recognized in the future as a formal body of science with a definite set of universal laws. In Peachie’s talk she will delve on the recorded existence of Intuition, Life Energies, & Psychism based on her research and 16 years of experience taking on pro-bono cases that deal with real human (and spirit) cases in the Philippines. This will offer an insight too on why there is a booming economy and research on: alternative energy healing modalities i.e. Reiki, Pranic Healing, Crystal Healing, Sound Healing, etc.; paranormal investigators (who even aid organizations such as the FBI, CIA, or the police force and detectives); intuitive counsellors or therapists; and the like. This phenomenon of a topic has challenged humanity in the past, is still continuously being studied and recorded in the present, and will be discussed more in an academic and public setting in the Future, which will be considered highly evolutionary.” 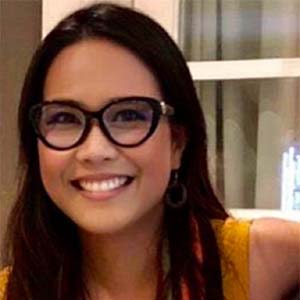